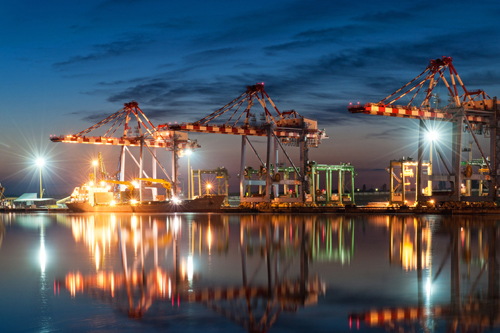 The Arab company DP World announced the successful completion of the transaction for the purchase of the Odessa container terminal TIS.

Dubai operator acquired a controlling stake in 51%. According to the agreements, DP World will be able to manage the terminal in the port Pivdenny, becoming a key player in the market. This is the second completed project after P & O Maritime Ukraine in partnership with TIS shareholders.

The company plans to expand its position due to the leading positions of TIS-KT in rail transportation.

According to DP World Chief Executive Sultan Ahmed bin Sulayem, the group plans to share its knowledge and resources in favor of developing the terminal. The integration of the new co-owners will be handled by the head of the previous joint towing project Mikhail Sokolov.

The acquisition will improve logistics and speed up trade. Thus, the trade of Ukraine in the world market will become more stable.

DP World (Dubai, UAE) is one of the largest port operators, founded in 2005. It specializes in integrated logistics of supply chains, is engaged in container transportation. The company owns 78 marine terminals. Its network includes 150 business units in 54 countries. Included in the TOP 5 for the largest operators in the world. In 2019, the group processed 71.2 million TEU containers.

The TIS container terminal (Pivdenny port, Odessa region) is one of the five TIS terminals opened in 2008. It is considered one of the most dynamic in the country. In 2019, it increased its cargo turnover by 75%, handling 220 thousand TEU containers. It develops rail transportation by sending 15 container trains a week to 5 Ukrainian cities - Dnipro, Kharkov, Kyiv, Ternopil and Chernihiv. Last year, it was the first to accept transhipment connecting Georgia and Ukraine. Closes cargo from 6 Asian countries - Armenia, Kazakhstan, Azerbaijan, Iran and Turkmenistan. TIS Group has been a leader in cargo transportation in Ukraine since 2013. It is engaged in the transshipment of pellets and iron ore, grain, coal, clay, containers, ore and metal. In 2019, TIS increased its cargo turnover by 28.4%, handling 33 million tons of cargo.