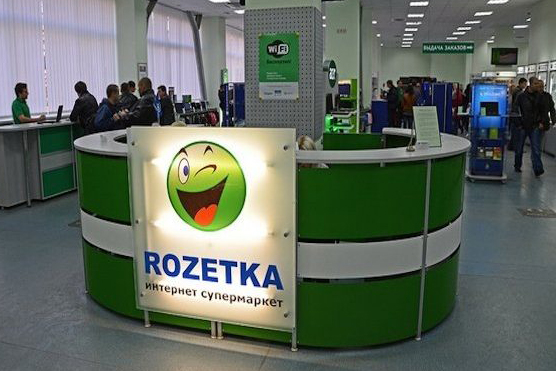 The online store Rozetka is going to buy out a controlling stake in EVO – the share of the South African holding company Naspers. At the same time, the share of the founders of EVO will become part of the merged company. The founder of the Rozetka, Vladislav Chechetkin, said about this on its Facebook page on August 9, 2013.

Thus, the combined group plans to create a better system for buyers and sellers, which in turn will lead to beneficial opportunities for small and medium businesses. Further, with the help of the Rozetka logistics, it is planned to organize fast delivery for consumers. However, the actual projects and operational management will not change.

According to Vladislav Chechetkin, now the direction of Marketplace from Rozetka is the most developing and a significant part of sales is third-party products. The interaction of logistics, IT-infrastructure and entrepreneurs will provide an opportunity to build the most useful company for Ukrainians.

Nikolai Palienko, co-founder of EVO, supported the future partner, saying that their goal is an online and offline ecosystem of services around the customer, in which both sellers and buyers win.

The merger will take place after the Antimonopoly Committee gives permission for concentration in Ukraine.

Rozetka is a company founded by Vladislav Chechetkin in 2005, as a store of electronics and household appliances. Since 2014 has become an Internet supermarket of consumer goods. It is one of the ten most expensive brands in Ukraine and has one of the highest NPS among Ukrainian retailers. On average, the site rozetka.ua visit more than 12 million people a month. In 2017, Rozetka increased revenue to UAH 6 billion, and its frequent profit was UAH 8.91 million.

EVO is a Ukrainian IT company, whose business is based on marketplaces and online services. Nikolay Palienko, Denis Gorov and Taras Murashko founded it as a platform Prom.ua 10 years ago. They are also engaged in issues of strategic development and company management. The majority shareholder is Naspers holding. In May 2016, it was reorganized into a group of companies EVO. Its projects are working in Ukraine, Kazakhstan, Russia, Belarus. Within the company are developing Prom.ua, Satu.kz, Deal.by, Bigl.ua, Zakupki.Prom.ua, Crafta.ua, Kabanchik.ua, "Vchasno", Shafa.ua. On average, 120 million people visit the sites of the group every month. The company's turnover is USD 96.1 million.