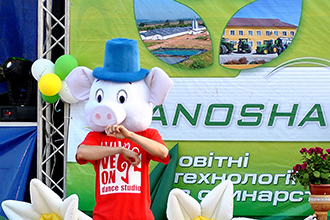 According to the information from the Antimonopoly Committee of Ukraine (AMCU), the pig-breeding company “Danosha” buys PE “Galitsky Agrarian Enterprises”, owned by the agricultural holding “Ukrainian Agrarian Investments” (“Ukragroinvest”).

The company filed an application for the purchase of the share of corporate rights of the “Galician Agricultural Investment”, which exceeds 50% of the votes in the management bodies.

By a decision of 8 February 2018, the AMCU decided to authorize the transaction.

Andrey Verevsky and LLC “Ukragroinvest” founded PE “Galician Agricultural Investments”. The company is engaged in the cultivation of cereals and oilseeds, as well as trade in animal feed, seeds and grains.

“Kernel” is a producer and distributor of agricultural products from the Black Sea Basin to the world market, the world's largest producer and supplier of sunflower oil.

LLC “Danosha” is a Ukrainian agricultural company owned by Danish investors. The sister company of the Polish agricultural enterprise “Poldanor S.A.” was established in June in the village of Kopanki in the Ivano-Frankivsk region. The organization is engaged in the cultivation and sale of seeds, cereals and legumes, as well as the breeding of pigs based on genetic material from Denmark.