At the merger two or more companies combine their operating business within one new company. 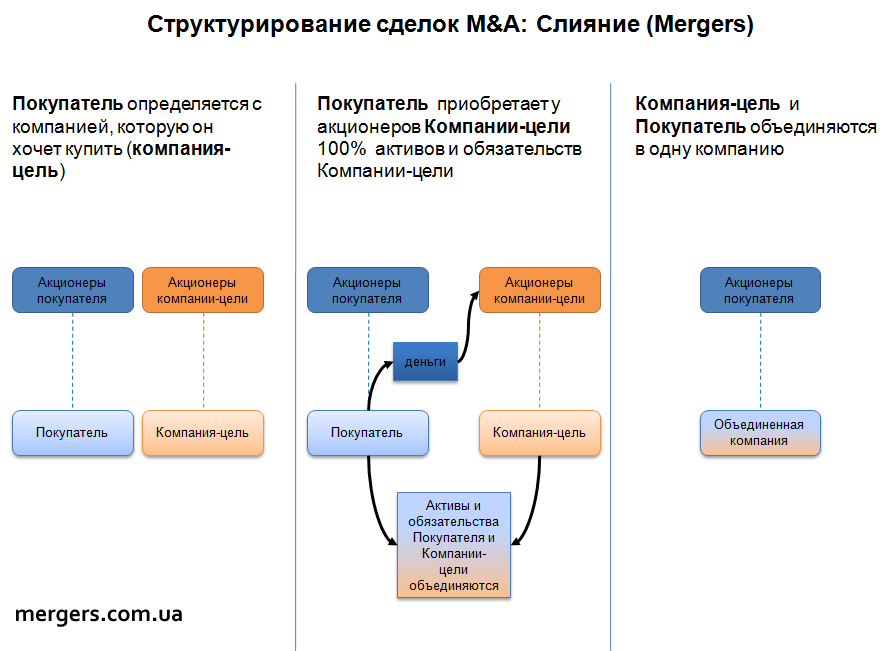 In structuring M&A transactions under the Mergers scheme, one side of the transaction flows into (joins) the other side in exchange for a stake in the new company. With this, the merging company ceases to exist.

Benefits of the Merger scheme

A very simple scheme from a legal point of view

Less expensive to implement than the acquisition (purchase)

The contracts, labor agreements and other legal documents signed prior to acquisition are in full legal force

Licenses and permits owned by the company bought are, as a rule, retained by the Purchaser

The Purchaser reserves the right for tax assets (for example, the transfer of losses from previous years)

Allows you to avoid a number of problems with the tax laws, which can occur at the sale/purchase of real assets

Drawbacks of the Merger scheme

Management of both companies should cooperate for a successful merger

All unknown and previously undisclosed liabilities transfer to the merged company